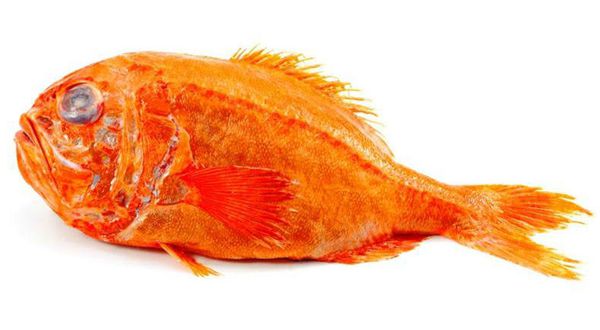 They are widespread in the deep water of most temperate oceans round the world.In New Zealand, they are found at depths of 750-1200 meters on the Chatham Rise, off the continental shelf from Gisborne to Kaikoura , off south Westland.

Spawning occurs in dense aggregations between June and early August, in several areas from Bay of Plenty to the Auckland Islands. There is strong evidence that Orange Roughy may live as long as 130 years.

They are caught year-round by trawling. Fish are deep-skinned to remove a layer of inedible,Oily wax under the skin

Availability: year-round, mainly from May to August